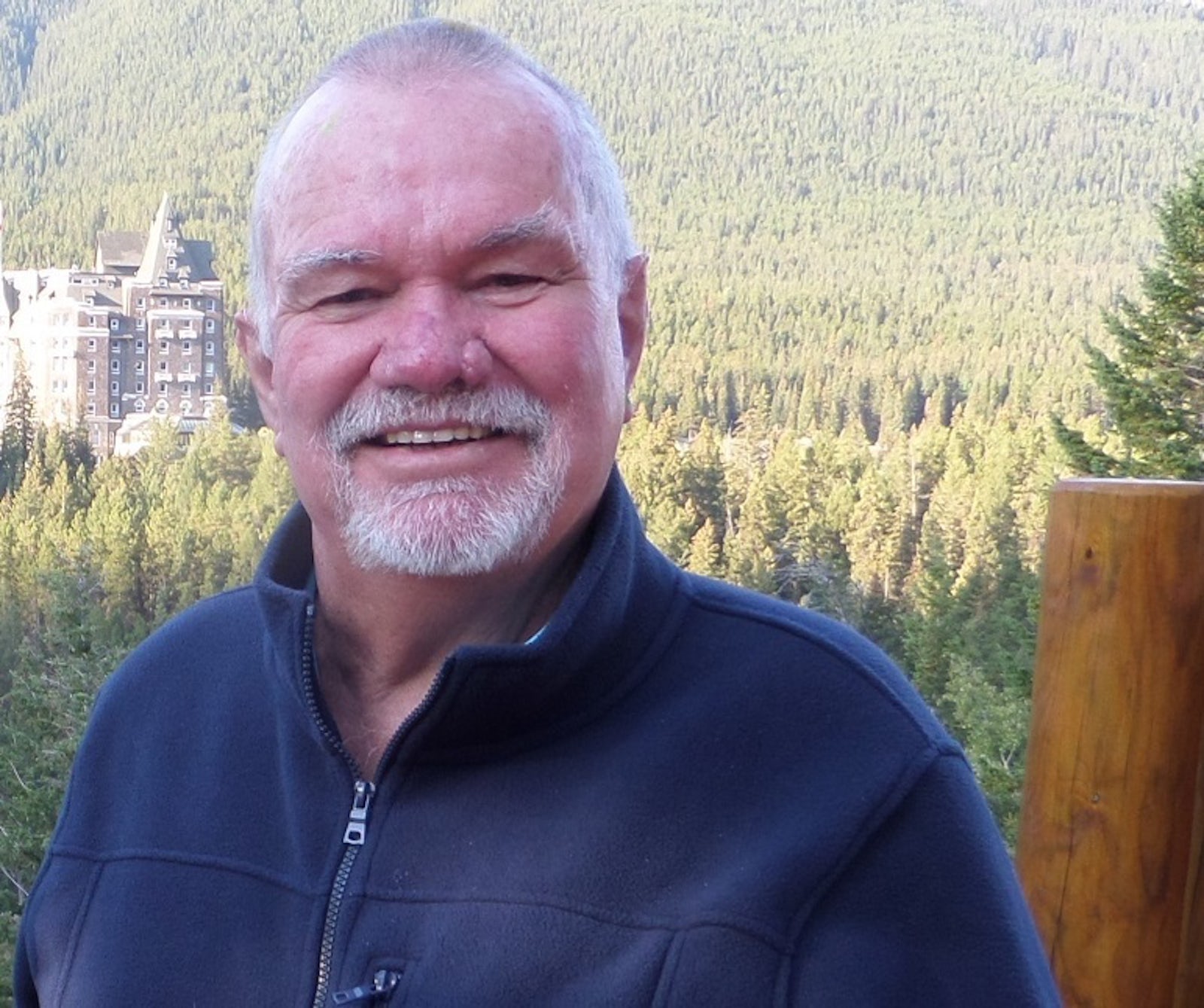 At 75 years old, Mike McGee likes spending quiet time with his wife, enjoying the seaside views from their home, or in his woodworking workshop, wood-turning and carving his next project. These days Mike has found a nice serenity in his retirement, after 24 years in the ACT Fire & Rescue, it’s a well deserved peace.

Mike joined the fire-brigade in 1976 and has pretty much done it all – from working with bushfire tankers out in the regions, to taking emergency calls – no two days in his 24-year career was the same. Mike enjoyed his work, as a shift worker it allowed him the opportunity to spend more time with his wife and kids – a rarity at the time. He also loved the comradery, the family of fellow firies he relied on to keep him safe on the job and who in turn depended on Mike to have their backs.

It’s a family, where you have to trust and depend on these people more than any other job – it saves lives.

But with the comradery and the satisfaction knowing that you’re saving lives comes a personal toll. It wasn’t until after he retired that Mike realised the effects the job had on him. He suffered PTSD and had “interesting” dreams from the stress and some of the horrors he’s seen on the job, things he thinks he’s unlikely to ever forget.

It was a very good job. And very stressful. You were trained to a point you didn’t realise you were stressed, it was just something you did… you think it’s all normal until you stop doing it.

But the people he really feels for are the volunteer firefighters in the country regions, who don’t have the funding and resources for proper training in how to deal with trauma, nor the necessary debriefing and counselling services afterwards.

The toll of the job on Mike wasn’t just psychological. During his time on the brigade, Mike was exposed to a number of chemicals and other by-products from the fires, as well as a chemical known as per- and polyfluoroalkyl substances (PFAS), which was used extensively in firefighting foam, which studies have found may have long term negative health effects on people.

In 2005 Mike started developing ferocious night sweats among other symptoms and was later diagnosed with non-Hodgkin’s lymphoma. A medical report in 2020 found that Mike’s exposure to PFAS and related compounds could substantially increase his lifetime risk of developing non-Hodgkins lymphoma. As part of his treatment, Mike underwent chemotherapy and had his stem cells harvested in the event his cancer came back, which he recalls as one of the worst things he’s had to endure, but he was grateful to have the support of his remarkable wife.

It was awful. It brings you to the brink of death and then back again. But it saved my life, I would do it again.

In late 2018, he was again diagnosed with cancer, this time it was Follicular Lymphoma. After treatment, Mike is currently stable, but his doctors tell him that a reoccurrence is fairly likely.

It was also during this time that Mike received a call from Robyn Wood, whose husband Ken died in 2017 after suffering from colorectal, liver, lung and secondary lung cancer, after joining the brigade on the same day as Mike. She told Mike to get in touch with the United Firefighters Union (UFU) to discuss his possible rights for compensation. The UFU then referred Mike to Gabriella Giunta from Slater and Gordon. Gabriella was able to help Mike with his Comcare compensation claim for permanent impairment and pain and suffering. The compensation money Mike was able to receive will now go towards setting him and his wife up for the future.

If you have a question, would like some more information or simply want to speak to someone about your injury or illness, get in touch now.

Mike is grateful for everyone who’s helped him along the way and thinks retired and even current firefighters need to know about the long-term health impacts of the job and that they have rights. He believes many people will have fallen through the cracks.

I heard that one firefighter I knew died an awful death, and his son and wife wanted to look into a claim, but it all got a bit too hard, so they ended up giving up.

Greg McConville, National President of the UFU encourages all current and retired members of the ACT Fire and Rescue to contact the UFU as soon as they think they may have a Workers’ Compensation claim. Explaining that this is especially important where you are in doubt over whether you may have a claim.

There’s an emerging body of case law and determinations in this area, if you think your health condition is related to the job and even if you’re not sure, get in contact with [your union] as soon as possible.

As for Mike, he’s now looking forward to the future – a future that he plans to keep calm and relaxing after a stressful career. He has no regrets about his career and is proud to have helped people.

I’ll look forward, not backwards. It’s not productive looking to the back all the time… I don’t want to know about the good old days. I look forward to something new.

If you have a question, want some more information or would just like to speak to someone, make an enquiry now and our Comcare team will be in touch with you as soon as possible.

The far-reaching impacts of injury on people and their families

So often while driving home from work we switch on the radio to listen to the traffic report, planning our journey home around traffic build up caused by serious accidents on the roads. Maybe it’s a three-car pile-up on the freeway, or a pedestrian has been hit whilst crossing an intersection, when we hear the news our first thought is often “the trip home is going to take longer tonight”. But how often do you spare a thought for the people involved in the accident? Who are they? How will their lives change as a result of this day? What is life like for them and their families post-accident? Social workers at each point in the continuum of care following a traumatic incident are in a...

It was just a regular September night. Teddy who was 25 then, was having dinner at a friend’s house, where they made plans to see a movie. Before the movie, Teddy decided to drive his motorbike home first, so they could all travel together to the cinema. The trip home was less than two kilometres and it was a drive he’d done a thousand times before, but on his trip that night, he was struck by an L-plater on a night drive with her mum. Three years since his collision, Teddy now has a prosthetic left leg from his knee down. It was a hard choice deciding to amputate, but between the three options his doctors had presented, this was the one that best ensured him mobility in the future,...

When you’re injured at work, one of the main priorities is getting medical treatment so you can get onto the road to recovery. However, medical treatments can be expensive and you don’t want to be out of pocket for these costs. That’s where WorkCover insurance comes in. WorkCover is a compulsory insurance that covers Australian employees, to provide them with benefits and financial support if they get injured or sick at work, regardless of who is at fault. Most workplaces must provide this insurance to their full-time, part-time and casual employees. If you’ve been injured at work the first thing to do is make a WorkCover claim. You should do this as soon as possible and once your...