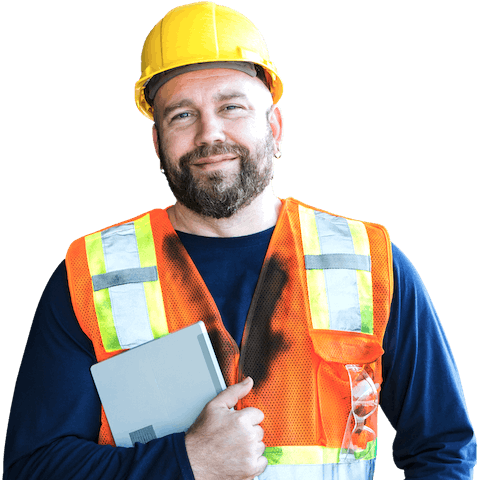 Our results speak for themselves

We've been fighting, and winning, Workers Compensation cases for decades. Whether big or small, our focus is on getting you the compensation you're entitled to.

Following a workplace accident a Melbourne man was awarded $1.26 million in compensation for his pain and suffering and loss of employment in the Supreme Court of Victoria.

Linton Shirreff, 49 of Glenroy, was employed by a company controlled by well-known Melbourne businessman Gary Morgan to supervise and work on the refurbishment of a building at Collins Street in the Melbourne CBD. His accident happened during June 2002 when the ground floor lift was not working, and Mr Shirreff’s employer instructed him to "fix it immediately".

Mr Sherriff was on a ladder inside the lift shaft attempting to fix the problem when he fell and sustained a devastating injury to his right foot. Since that day, Mr Shirreff has suffered severe and unrelenting pain, and restriction of movement, in his right foot. He has been advised to amputate the foot, and he has accepted this is inevitable at some time in the future. As a result of this traumatic workplace accident, Mr Shirreff suffers severe stress, anxiety and depression.

With the help of Slater and Gordon worker’s compensation lawyer, Mr Shirreff successfully sued his employer for negligence following a 10 day hearing.

Supreme Court Justice Robson found Mr Shirreff’s employer, Elazac Pty Ltd, had breached its duty of care, and this breach had caused shocking injuries. Justice Robson awarded damages to Mr Shirreff for pain, suffering and loss of amenities in life of $320,000 plus damages for pecuniary loss of $940,000, totalling $1.26 million, plus a substantial amount of interest.

Find out if you have a claim in just 3 minutes

Use our free Online Claim Check to find out where you stand and if you have a claim.

A Victorian woman was awarded $250,000 in the Country Court after the Victorian WorkCover Authority (VWA) refused to offer any compensation for her broken ankles. The client was forced to take the case to trial after VWA refused to make an offer of compensation for pain and suffering for the workplace accident.

The 57 year old client was employed as a sales person when she had a severe fall down a set of carpeted stairs at her workplace in south-eastern Melbourne.

“The client suffered injuries to her back and neck and broke both of her ankles in the fall. She had been descending down the stairs at a normal pace before slipping and falling”.

The client was hospitalised, had surgery to both ankles and had to undergo rehabilitation before being able to return home.

“This win was worth the fight and demonstrates that a worker will receive fair compensation if they are injured in a workplace that is not safe."

“She was limited to a wheelchair for about two months after the accident and then had to take part in exhaustive and demanding physiotherapy so she could learn to walk again.”

“To this day she continues to need treatment for pain to her ankles, back and neck”.

Prior to judgement the VWA would only grant his client a Serious Injury Certificate in recognition of her pain and suffering but refused to offer any damages.

“But last week the jury of six unanimously awarded her $250,000 for pain and suffering damages after a five day hearing,” Slater and Gordon said.

A former residential care worker has been awarded more than $400,000 in compensation after a jury found that his employer was negligent and did not satisfy its contractual obligations to provide him with a safe working environment and adequate support.

Slater and Gordon lawyer, Tony Kenyon said after a thirteen day hearing his client, Mr Kevin Loiterton, was successful in his damages claim against MacKillop Family Services in the County Court.

Mr Kenyon said Mr Loiterton had worked as a residential care worker for MacKillop Family Services between 2004 and 2006, primarily caring for young people at residential units in Keilor Park, Werribee and Hoppers Crossing.

Mr Kenyon said Mr Loiterton was required to work in a highly stressful environment, in which he was subjected to numerous assaults, both physical and verbal.

Mr Kenyon said the win provided enormous solace to Mr Loiterton in confirming that the organisation failed to provide proper workplace support and it would give his client some financial security.

A former manufacturing worker who took on the trustee of her superannuation fund and its insurer has triumphed in the County Court of Victoria and been awarded a disability insurance benefit, ending a four-year legal battle.

Slater and Gordon lawyer, Dina Tutungi, said the win served as a warning to superannuation members nationally. That they should not always accept the decision made by their funds and insurers if their claim for a Total and Permanent Disability Benefit (TPD) benefit was rejected.

Ms Tutungi said her client, Mrs Regina Kawka was employed on a packaging production line at a business in Parkville, Victoria for more than a decade before she became unable to work due to physical injuries.

"The physical work that she performed in her job involved fast and repetitious movements, up to 1000 a day, moving small bottles on conveyor lines," Ms Tutungi said.

"My client developed progressive pain in her shoulders, elbows, forearms and legs, leading to a number of conditions including long-term chronic pain. After several attempts at rehabilitation and attempts to return to work, Mrs Kawka's employment was terminated in 2002."

She said Mrs Kawka took legal action after the trustee of Australian Super and its insurer (AXA) repeatedly rejected her claim for a TPD benefit.

"TPD benefits exist as a type of insurance cover through superannuation funds and can be paid out when someone is unable to return to work, regardless of whether the injury or illness is work related," she said.

"Our case involved considerable research and preparation but we were able to show that the trustee of the superannuation fund and its insurer failed to act in good faith towards Mrs Kawka when assessing her claim."

"It is to Mrs Kawka's credit that she had the courage to take on the trustee and its insurer and challenged the rejection of her claim."

$1 million awarded for injured back

A 31-year old Keysborough steelworker has been awarded more than $1 million by a Supreme Court jury after suffering a back injury that means he will never work again. Dong Pham had worked at Stramit's Scoresby manufacturing site since leaving his school. It was his first job, and now it will be his only job.

Slater and Gordon lawyer said Mr Pham first injured his back in 2003 due to continuously lifting heavy steel beams from a conveyor belt. A lower-back spinal fusion failed and he continues to suffer daily pain.

"Mr Pham complained to his employer for 18 months that his back was hurting, but he was ignored and had to keep on working," our Slater and Gordon lawyer said.

"He was also given no training in a task which was clearly beyond the ability of one or two men."

During the two-week trial in the Supreme Court of Victoria, a six-person jury heard from six doctors for Mr Pham. Evidence that he will never work again was uncontested.

An engineer told the trial that a crane could have been used to lift the steel sections that injured Mr Pham.

The jury awarded him $250,000 for pain and suffering, and $817,000 for pecuniary loss. The latter amount is high because of Mr Pham's relatively young age and the earning he will now lose for the rest of his life.

WorkCover will also continue to pay Mr Pham's medical expenses for the rest of his life.

Speak to us today

Our priority is to ensure you:

We are the original No Win, No Fee* lawyers. This means that if you don’t win you don’t pay Slater and Gordon’s fees (the fees that we charge for the work we do on your case).

Meeting with a lawyer shouldn't be an overwhelming experience, to help you you can read more about what to expect when meeting your lawyer for the first time.

"This win now means I can have some hope for my future."