In December 2020, we filed a class action on behalf of members of ANZ and OnePath superannuation products, the fifth class action in our Get Your Super Back campaign.

There are two key claims in the class action against ANZ and OnePath:

The first alleges that the trustee of these super funds breached its duties to members by charging excessive fees in order to pay unnecessary commissions to financial advisers, resulting in high fees for no additional benefit to members; and 2. The class action also alleges that the trustee breached its duties in relation to the investment of funds that members deposited in cash investment options. The trustee deposited these funds with its parent bank, ANZ, rather than shopping around for better interest rates, resulting in inadequate returns for members.

The class action further alleges that ANZ and its former subsidiary, OnePath Life, were involved in the trustee’s breaches.

Am I eligible to participate?

To be included in the claim relating to excessive fees to pay adviser commissions, you must have been a member of one of the following products prior to 30 June 2013, and remained a member on or after 1 July 2013:

If you are not in any of the products listed above but received a notice from the trustee in or around March 2019 advising that you could request to cease commissions, you should also get in touch as there are some other legacy commission products that may be relevant to this claim.

The cash investment element of the claim applies to you if you were a member of one of the following products at any time between 1 September 2011 and 31 January 2020, and had funds invested in the Cash Advantage, ANZ Term Deposits, or ANZ SmartChoice Cash investment options:

Note that for an investment in ANZ Smart Choice Cash through any Smart Choice Super or Pension product, you will need to have selected this investment option, it is not a default option.

There is nothing you need to do at this stage to participate in the class action. The matter is being run as an “open class”, which means that if you meet the eligibility criteria then you will be included by default and given the opportunity to opt out at a later date if you do not wish to participate.

Our claim against ANZ and OnePath includes thousands of members. If you believe you could be affected, then register your interest to receive updates about the matter as it progresses.

We are here to help. Make an enquiry now.

If you have a question about the ANZ OnePath Super Class Action, or any other class action, make an enquiry now and our team will be in touch as soon as possible.

What is a class action?

A class action is a type of legal proceeding in which one person, the Applicant, brings a claim on behalf of a wider group of people who have been affected by the same conduct. By grouping claims together and pursuing them collectively, the overall value of the claim makes it economically worthwhile to do so, even if the value of individual claims are modest.

How do I register?

What do I have to do to participate?

At this stage, you do not need to do anything, but you may register your interest using the ‘Registration’ form above. You have not joined a class action, you have only registered your interest. We will get in contact with you if we need additional information from you.

Will I have to pay anything? What will the class action cost me?

No. You will not be exposed to any out-of-pocket costs as a result of your participation or registration in the claim.

How long will the class action take?

Generally, most class actions tend to take between one and three years to resolve, although each class action is different, and the time required for a claim depends on a variety of t actics adopted by the respondents in defending the claim. 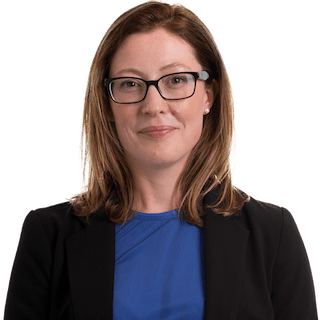 Other Get Your Super Class Actions