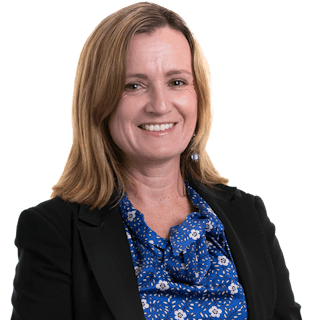 On 1 November 1989 Judge John O’Meally sat for the first time in the New South Wales Dust Diseases Tribunal (the “Tribunal”) when it heard its first case. This month, during Asbestos Awareness Month the Tribunal celebrated 30 years of operation.

The Tribunal was created by the NSW Parliament after years of long delays in the Supreme Court and District Court which often saw plaintiffs suffering from dust diseases die before their cases could be heard. During the Second Reading Speech on 3 May 1989, Mr Dowd, the then NSW Attorney General said:

Honourable members will be aware of the considerable delays that exist in the common law jurisdictions of both the Supreme Court and the District Court, which this Government inherited. Delays, of course, are particularly critical for plaintiffs with dust diseases, such as mesothelioma, which have a long latency period, but once diagnosed, result in rapid deterioration and usually lead to death within 12 to 18 months. The Government is committed to these claims being deal with expeditiously by the creation of a separate tribunal that will provide a fast-track mechanism.

This new court was given powers to fix the times and places for holding its proceedings, the power to adjourn proceedings, to enforce judgments, and the power to dispense with the rules of evidence when matters are not in dispute and to authorize the taking of evidence outside the tribunal, leading to many bedside hearings taking the evidence of dying plaintiffs at their homes and at their bed sides in hospital. There were times when the Tribunal sat into the night to hear evidence and give judgements. There were times when it sat on Christmas Eve and Boxing Day.

In 1998 there were further amendments to the legislation. Prior to this change if a plaintiff died before their case was finished then their entitlement to damages for pain and suffering was extinguished. The NSW Parliament recognized this and Mr Yeadon who gave the Second Reading Speech in 1998 commented that:

... claimants are in effect often engaged in a race against time to have their pain and suffering damages claim finalized before death, for the benefit of their family. Despite commendable efforts by the tribunal to expeditated hearings, a number of death-bed hearings have resulted, with claimant in extreme situations struggling to complete their evidence. The bill aims to adopt a more humane approach. It provides that where a person with proceedings pending begore the Dust Diseases Tribunal dies from a dust-related condition, the person’s estate can pursue recovery of the damage’s entitlements from the deceased’s person’s pain and suffering.

Since 1989 the Tribunal has heard many thousands of cases of people suffering dust diseases including malignant mesothelioma from asbestos exposure where the average life expectancy has not change from 30 years ago and remains at 12 months. Mesothelioma is a devastating disease and since 1986, the 5-year relative survival rate has remained stable at around 5.5%. Australia continues to have one of the highest measured incident rates of mesothelioma in the world and we continue to see 700-800 diagnoses of mesothelioma throughout Australia each year[i]. Thirty years later and The Tribunal continues to hold bed side hearings and to expedite claims for asbestos sufferers when required.

Every day two Australians are diagnosed with mesothelioma, an incurable disease with a very poor prognosis.

The dangers of asbestos are still prevalent throughout our society. Asbestos building products remain in 1 out of every 3 of our homes and it is important that we continue to raise awareness of the continuing dangers of exposure to asbestos.

[i] Mesothelioma in Australia 2018, Australian Institute of Health and Welfare, 28 August 2019

December 2014 marks the 10-year anniversary of the biggest compensation agreement ever struck in Australia on behalf of people with asbestos-related illnesses directly caused by the actions of the building-products manufacturer James Hardie. There’s no doubt that Australia has one of the highest incidences of asbestos-related disease per capita in the world, and it’s history in this country is a continual reminder of the corporate greed and negligence of companies who shamelessly used and sold the product while knowing about its health impacts. The 2004 deal struck with James Hardie was a landmark agreement, and its benefits have resonated across the country, raising awareness,...

The changing face of asbestos

Australia has the most asbestos installed per capita and the second-highest mesothelioma death-rate in the world. Sadly, every year around 700 Australians are diagnosed with asbestos-related diseases (ARDs) – and currently, the proportion of female sufferers is rising while the male proportion remains steady. Although ARDs have traditionally occurred after direct industrial or workplace exposure, more people are now being exposed in other settings, including because of do-it-yourself (DIY) home renovations. Domestic or ‘third wave’ exposure claims can be difficult to pursue, and success will rely on quality legal advice. Asbestos is a naturally occurring mineral that has been mined...

The popular Australian TV show doesn’t accurately depict the potential dangers of working with products containing silica, and it falls on the producers of The Block to highlight this issue. The show is watched by thousands of Australians, and provides techniques and ideas to DIYers on how to renovate and build properties – which has inspired many to take the initiative themselves. However, it is important that the show also highlights the appropriate safety measures one should undertake when dealing with substances that can pose a serious health risk, especially when that can possibly lead to conditions such as Silicosis. Silicosis is a serious respiratory disease caused by inhalation...