Better access to justice for survivors of institutional abuse 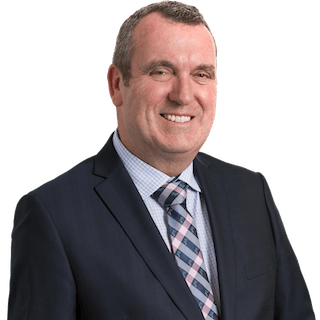 Proposed changes to the Limitations of Actions Act announced recently, will mean victims can apply to the court to set aside a past settlement deed of release or judgement relating to child abuse.

Slater and Gordon National Practice Group Leader (Public Liability) Barrie Woollacott said those who previously had little option but to accept a basic and inadequate compensation offer and sign a deed of release, often without legal advice, could now have their claims reviewed.

“In previous years, survivors had no choice but to take the low amount of compensation from institutions on offer or receive no assistance and in many cases this was unfair and unjust as the survivor had nowhere else to turn. And to make matters worse many of the early settlements required the survivors to keep the settlement confidential” Mr Woollacott said.

“The legislation that is due to be amended will means courts can set aside the deeds if it’s just and reasonable to do so.

“The abuse that the survivors have experienced causes devastating effects on their lives, their mental health, ability to work and form relationships with others.

“It’s disappointing that some of these institutions that forced survivors to sign up to inadequate settlements in the past are still trying to enforce these unfair agreements.

“Survivors should not have to face legal hurdles to seek compensation on top of this. These changes would not be necessary if the institutions started to protect the victims they damaged rather than protect themselves.”

The change is not limited to sexual abuse survivors and will include other forms of child abuse where a deed of release was signed.

Mr Woollacott said those who did receive legal advice would often be advised by their legal advisor to take the compensation offered by institutions as there was no other avenue available to them to claim compensation.

“Years ago, that was as good as it was going to get and now thanks to these changes people will have more options that will enable them to seek more appropriate and fair compensation,” he said.

“This legislation removes another road block for people who have suffered greatly and will allow them to seek further compensation for claims made many years ago.

“The releases didn’t always prevent people from talking about the abuse or their settlements but they did prevent them from taking other actions to seek compensation.”

The changes follow the ‘Ellis defence’ being abolished by the NSW and Victorian Governments, which prevented survivors from suing unincorporated organisations including churches and other institutions.

These changes made in January 2019 were retrospective, making them accessible to survivors of past, present and future child abuse.

“Institutions can no longer rely on this defence which was removed following Royal Commission into Institutional Child Sex Abuse recommendations,” Mr Woollacott said.

“The Royal Commission showed that institutions had set up their own schemes which were skewed in their favour over the interests of the victims. These inhouse schemes were designed to control how much compensation people could claim.

He said the National Redress Scheme was set up by the Federal Government to achieve a consistent approach to holding institutions accountable, providing support and equal access to services, recognition of the abuse and redress-payments for survivors.

Slater and Gordon has acted for survivors of child sexual abuse for more than 20 years. Claims have involved the Catholic Church, Anglican Church and various other religious and secular institutions such as the Fairbridge Foundation.

These claims have been made in Victoria, Western Australia, Queensland and New South Wales, where we have obtained compensation for many survivors by way of negotiated settlements during difficult, costly and hard-fought litigation.

Slater and Gordon has acted for individuals who have obtained compensation through out-of-court schemes, including the Towards Healing and Melbourne Response protocols of the Catholic Church as well as other institutional entities and welcomes the proposed changes as long overdue.

If you have a question, want some more information or would just like to speak to someone, make an enquiry now and our National Redress Scheme team will be in touch with you as soon as possible.

A work injury can affect you more than just physically

Work is an integral part of the daily lives for many of us, and when we go into work each day we fully expect to then return home without incident. Unfortunately, that’s not always the case, as according to WorkSafe Victoria 27,925 new workplace injury claims were received last year*. Sadly, despite improved work health and safety practices, workplace injuries can still happen. Many people who’ve gone through a workplace accident, injury or illness have often noted how it turned their lives upside down, often leading to feelings of distress emotionally, physically or financially. Slater and Gordon National Manager of Social Work Services, Olga Gountras explains “nobody goes to work...

At 75 years old, Mike McGee likes spending quiet time with his wife, enjoying the seaside views from their home, or in his woodworking workshop, wood-turning and carving his next project. These days Mike has found a nice serenity in his retirement, after 24 years in the ACT Fire & Rescue, it’s a well deserved peace. Mike joined the fire-brigade in 1976 and has pretty much done it all – from working with bushfire tankers out in the regions, to taking emergency calls – no two days in his 24-year career was the same. Mike enjoyed his work, as a shift worker it allowed him the opportunity to spend more time with his wife and kids – a rarity at the time. He also loved the comradery,...

Injured on the road for work? Who should you make a compensation claim with?

In every state and territory, we have a number of different schemes and programs to help people who have been injured get back on their feet. If you’ve become injured or ill at work, you can make a claim for Worker’s Compensation. If you’ve suffered an injury on the roads there are a range of compensation benefits you can claim through Compulsory Third Party (CTP) insurance. Most of us will rely on a motor vehicle of some sort, either as a passenger or driver, to get to and from work each day, and sometimes even during work time. If you get hurt in a motor vehicle accident (including on public transport), whilst you’re working, your claim for compensation for time off work and...