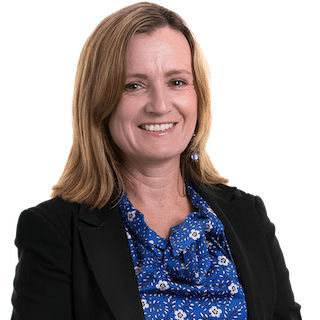 Workers who have been exposed to silica dust in the workplace need to be screened for lung disease and screened using accurate technology as soon as possible.

I recently provided evidence to the NSW Parliament Standing Committees’ review into the 2019 Review of the functioning of the Dust Diseases Care Scheme, on behalf of the Australian Lawyers’ Alliance.

While the Queensland and Victorian Governments have implemented free lung scans and testing for stonemasons and have identified a significant number of people diagnosed as a result, the NSW Government has not yet offered screenings to all stonemasons and would only be offering free first round screenings to those working for employers with less than 30 employees.

A larger business would only get a discount of 50 per cent. The service would be offered through a mobile respiratory screening clinic.

In the ALA submission, we asked for the manufactured stone industry to be given free lung screenings for the first round of screenings.

The issues that were discussed included the cost of providing scans, improving diagnostic tools for scans that provide more accurate results and putting systems in place to support transitioning the workers to other industries.

As a dust disease lawyer, I have been representing workers suffering from lung disease for more than 22 years. Silicosis is a disease that is preventable and is caused by the inhalation of crystalline silica. There has been a significant rise recently in workers in the manufactured stone industry being diagnosed with accelerated silicosis.

One worker who passed away in his late 40s and who was diagnosed in 2017 with progressive massive fibrosis and scleroderma, had only started working as a stonemason in 2000. He was exposed after using the dry cutting technique at work, with hand held grinders cutting and shaping the slabs of engineered stone for kitchens and bathrooms.

Once workers get checked and silicosis or lung disease is found, people are finding it difficult to retrain and are struggling to get employment in other fields.

One young man in his late 30s that I represented, was diagnosed with a lung condition following exposure to silica dust.

He found it hard to get employment after being retrained to enter the building estimates industry. He found work in a different area, but it was very disheartening for him not to be able to return to stonemasonry.

Many workers are choosing not to get tested because they would simply rather not know. If they find out and they are told they have to leave the industry, what do they do? Re-training costs money and takes time and they are expected to do this with limited support.

It’s important to acknowledge that the technology available for scans on the iCare Dust Diseases Lung Bus requires better investment by the State Government in NSW.

Slater and Gordon has launched an investigation into a class action against the manufacturers of popular kitchen and bathroom stone benchtops, after the products led to a significant number of workers contracting the potentially fatal lung disease, silicosis.

Slater and Gordon was the first law firm to create a National Silicosis Register, to encourage stonemasons who have worked with crystalline silica when cutting artificial stone benchtops, to provide details of their exposure.

If you are concerned you may have been exposed to Silica dust, learn what steps to take first, or if you'd like to get in touch, contact us here.

Silicosis is a group of diseases to describe fibrosis, scarring and nodules in the lungs caused by breathing in silica dust. Symptoms include coughing, phlegm build up, chest pain and breathing difficulties with more serious cases presenting with fever, weight loss and fatigue. Silicosis can be progressive and life shortening. In some cases, breathing in silica dust can cause silica induced cancer, silica induced scleroderma (which affects the connective tissues and causes a hardening of the skin), silica induced tuberculosis, mixed dust pneumoconiosis, kidney disease and emphysema. Silicosis was common in Australia during the 1940s to 1960s amongst construction workers, but waned due to...

Slater and Gordon was the first law firm to establish a National Asbestos Register for Australians to register their exposure to the deadly dust. Its success prompted the firm to create the National Silicosis Register, to encourage stonemasons who have worked with crystalline silica when cutting artificial stone benchtops, to provide details of their exposure. Slater and Gordon has launched an investigation into a class action against the manufacturers of popular kitchen and bathroom stone benchtops, after the products led to thousands of stonemasons being exposed to the dust with a significant number contracting the potentially fatal lung disease, silicosis. Slater and Gordon dust...