How we helped Reece settle his accident claim against the TAC 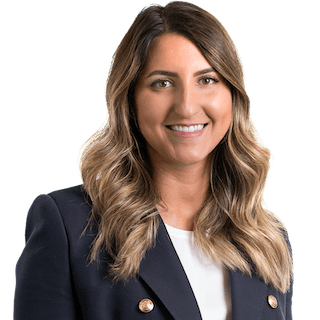 A young carpenter and union client of Slater and Gordon’s Melbourne Motor Vehicle Accidents team last week settled his claim against the TAC for a six-figure sum, after sustaining significant injuries in a transport accident in 2012.

Reece, 29, was involved in an accident when his motorbike was struck by another vehicle that failed to give way to him while executing a U-turn. Reece sustained a number of very serious injuries in the accident, including a head injury, punctured lungs, multiple spinal fractures and a badly fractured right wrist. He required a spinal fusion and has had multiple surgeries to his right wrist, with doctors anticipating he will require more surgery in future.

At the time of the accident Reece was working as a carpenter for a high-rise construction company doing façade installation. His work involved a lot of heavy manual labour including hauling glass panes that weighed between 80 to 200 kg. Following the accident, Reece was unable to go back to his former job due to his injuries and, in fact, doctors doubted that Reece would ever get back to any sort of manual carpentry work at all. However, to Reece’s immense credit, he did not let his injuries hold him back. Determined to get back to work, he joined forces with a friend of his from high school and now runs a successful business, Custom Edge Constructions, doing domestic carpentry work.

As a member of one of Slater and Gordon’s affiliated unions, Reece was referred to Victorian State Practice Group Leader Joanne Panagakis for assistance with his TAC claim. The issue in Reece’s case was getting the TAC to accept the fact that, as a result of his injuries, Reece would not be able to return to the lucrative high-rise construction work he had previously done. Using evidence from Reece’s former employer, his business partner and his former colleagues, we were able to establish that Reece had suffered, and would continue to suffer, a significant financial loss as a result of his accident injuries despite his return to work.

This was a fantastic result for Reece and the settlement money will go a long way towards providing financial security for him and his wife into the future.

If you have been involved in a transport accident and want to know your rights, contact Slater and Gordon on 1800 555 777.

Find out where you stand for free in 2 – 3 minutes

If you or a family member have been injured in any kind of road accident, you might be entitled to a range of compensation benefits. Answer a few simple questions to find out where you stand and, if eligible, book a free appointment with one of our caring and experienced lawyers.

It’s been one year since the doors were opened for child abuse survivors to have a second chance at receiving the financial support and justice they deserve. The Children Legislation Amendment Act 2019 was announced on 14 June, allowing courts to set aside unjust judgements or settlements. The Catholic Church’s Melbourne Response and Towards Healing schemes imposed caps on compensation in years gone by, often giving abuse survivors no choice but to accept totally inadequate settlements considering the horrors experienced in their childhoods. Settlements often required the survivor to sign a deed of release and confidentiality clause preventing them from speaking out or taking further...

Injured workers now have the option for WorkSafe to review questionable insurer decisions before taking their dispute to court if it has not been overturned at Conciliation. WorkSafe Victoria has launched the Workers Compensation Independent Review Service, to provide another avenue for injured workers to have their workers’ compensation claim decisions reviewed by WorkSafe. Reviews will be carried out by a new team at WorkSafe, separate from the insurers. They will instruct the insurer to change the decision if it isn’t found to be sustainable. The new service was created in response to the Victorian Ombudsman’s report released last year, following multiple investigations into the...