Breach of contract? We can help.

A contract is an enforceable agreement between two or more parties who promise to do or not do certain things.

For a contract to be enforceable, certain requirements need to be met. Generally:

Contracts take many shapes and forms. They can be written, oral, implied from the conduct of the parties or, in some cases, a mixture of all three.

Contractual disputes can arise between a variety of different parties including:

If a party fails to perform their obligations exactly as agreed between the parties, they may have breached the contract. Disputes of this nature can cause significant financial strain for those involved, not to mention stress. If you're in a contract dispute, it's essential to seek professional advice as early as possible so you understand your rights and what action can be taken.

Know what you're entitled to

The rights available to the 'innocent' party for a breach of contract will depend upon a number of factors, such as the terms of the agreement and the nature of the breach. It might include:

If you are involved in a contract dispute, seeking legal advice early on can go a long way in resolving disputes in a timely and cost-effective manner. Strict time limits apply for pursuing claims for breach of contract. Ordinarily, you must commence proceedings for breach of contract claims within six years of the date the contract was breached. If you do not commence proceedings within this time frame, your claim will expire.

How to resolve a contract dispute

Our lawyers are experienced in a broad range of contractual transactions and disputes and can provide you with straightforward, practical advice so you know what you might be entitled to at law. They can assist with all forms of dispute resolution including negotiation, mediation, arbitration and court proceedings.

Negotiation is one of the most common forms of dispute resolution. Often, a resolution can be found and agreed to by the parties involved without the need for formal court proceedings.

If negotiation fails, mediation or arbitration are alternative options to resolve a dispute. Both are usually considered to be cheaper and quicker than launching court proceedings.

Mediation is a structured negotiation process where an independent person (the 'mediator') helps the parties identify and assess options and negotiate an agreement to resolve their dispute.

An arbitrator is a neutral third party or panel of experts who will hear both sides of the dispute and make a decision which is legally binding on the parties. Arbitration, similar to court proceedings, involves accepting evidence, questioning witnesses and deciding on appropriate remedies.

Generally, this is considered the last option available to parties in dispute. Court proceedings are usually resorted to only if the parties cannot reach a resolution. Generally the courts will require you to attempt to resolve the dispute before your case reaches a final hearing.

Speak to an expert

Our team have decades of experience helping businesses and individuals through contract disputes. We can provide you with straightforward, practical advice to help you determine where you stand and represent your best interests in any of the above activities. Contact us today to find out how your dispute can be resolved. 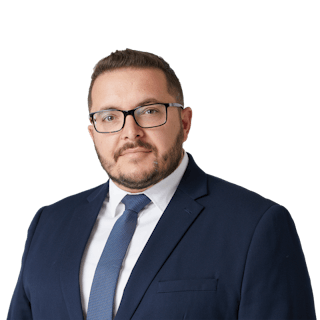 If you have a question, want some more information or would just like to speak to someone, make an enquiry now and our Commercial Litigation team will be in touch with you as soon as possible.

If you have a question, want some more information or would just like to speak to someone, make an enquiry now and our Commercial Litigation team will be in touch with you as soon as possible.

Dispute Resolution
Our People
Our offices