On 24 June 2019, the parties to the Endeavour River Class Action announced that they had reached an agreement to settle the proceeding for $42 million, inclusive of interests and costs. This agreement is subject to the approval of the Federal Court. The Settlement Agreement is available on request to group members in the proceeding.

On 20 August 2019, the Federal Court ordered that the following documents relevant to the Endeavour River Class Action and its proposed settlement be made publicly available:

On 20 December 2019, the Federal Court of Australia made orders approving the settlement of the class action and appointing Slater and Gordon’s Ben Hardwick (Head of Class Actions) as Administrator of the Settlement Distribution Scheme. Group members will soon receive an update providing details of the approved settlement including further information about the process and estimated distribution timetable

What is the Endeavour River Class Action about?

The key allegations in the Endeavour River Class Action are that Murray Goulburn and MGRE engaged in misleading and deceptive conduct when MGRE issued a product disclosure statement on 29 May 2015, in particular with respect to the financial forecast for the financial year ending 30 June 2016 (FY16). It is further alleged that Murray Goulburn misled the market, and failed to disclose to the market operator, information that had a material effect on the price of MG units between 29 May 2015 and 26 April 2016.

By engaging in the alleged conduct, it is alleged that Murray Goulburn caused the trading of MG units as a price significantly above their “true value”.

Can I still register to be part of the Endeavour River Class Action?

Registrations to participate in the Endeavour River Class Action have now closed.

No. There is a separate class action filed by Elliot Legal on behalf of John William Cruse Webster as trustee for the Elcar Pty Ltd Super Fund Trust (Webster Class Action) against Murray Goulburn and others. If you are uncertain if you are a group member in the Endeavour River Class Action, please contact Slater and Gordon or IMF.

On 29 May 2015, the MGRE issued a product disclosure Statement which provided a forecast to its shareholders and unit holders of a FY16 net profit after tax of $85.8 million.

On 27 April 2016, only two months before the end of the financial year, Murray Goulburn downgraded its FY16 net profit after tax forecast to $39 to $42 million. In announcing the FY16 Downgrade, Murray Goulburn blamed:

On the same day, Murray Goulburn also confirmed that its CEO and Managing Director, Gary Helou, and its CFO, Brad Hingle, would resign from their respective positions.

We consider that by engaging in the alleged conduct described above, Murray Goulburn caused the trading of units in the MG Unit Trust at a price significantly above their “true” price during the Potential Claim Period. 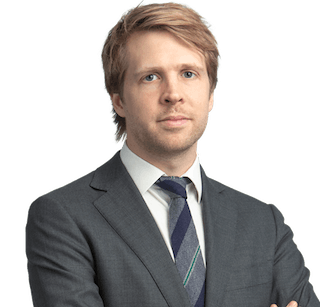