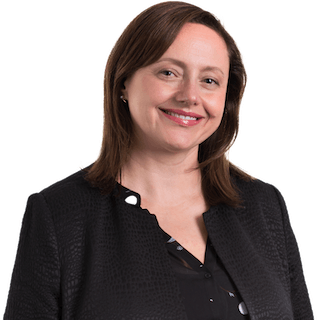 With thousands of Australian children heading back to school for the start of the educational year, we’ll also see the enforcement of specially zoned speed limits around schools in the mornings and afternoons.

Road safety authorities reduce speed limits within school zones at specific times of day, for a very simple reason – it can save lives.

Excited young children can be unpredictable and difficult to spot, and even a small reduction in your driving speed can make a dramatic difference to the terrible injuries a child might sustain if they are hit by a car.

I was shocked to learn that 78.6 per cent of drivers in Queensland confessed to accelerating in 40km/hr zones in 2017, which was a 10 per cent increase from 2016.

It has also been reported that more than 1 in 5 Queensland drivers admitted to disregarding lower speed limits, with more than a third conceding to surpassing the speed limit by more than 10km/hr.

During 2016-2017, the Department of State Revenue in NSW processed 100,789 speeding and red light camera infringement notices in school zones.

Thankfully, we saw the number of Victorian motorists caught speeding through 40 km/hr zones dip 10% in the last quarter of 2017. Despite this reduction in infringements, authorities have acknowledged they will not rest on their laurels.

We all have a responsibility

The harsh reality is that each and every one of these speeding drivers is putting their own and other road users’ lives at risk, including the thousands of children who are returning to school.

As a motor vehicle accident lawyer, I have met many road trauma victims, including young children. I can tell you, road accidents involving children are some of the most upsetting cases I have ever handled.

And as a mother myself, I find it heartbreaking to see the devastation that a speeding driver can cause.

Accidents in school zones can shake an entire community to its core. Everybody wants children to be safe in and around school.

While it may seem like an inconvenience to have to slow down, the fact of the matter is that reduced speed zones around schools are vital to keep our children safe.

Speeding anywhere on our roads is a criminal offence, but speeding in a school zone around children is also completely reckless and dangerous.

I urge all drivers to remember school zones are now operating, to slow down and be extra cautious.

Find out where you stand for free in 2 – 3 minutes

If you or a family member have been injured in any kind of road accident, you might be entitled to a range of compensation benefits. Answer a few simple questions to find out where you stand and, if eligible, book a free appointment with one of our caring and experienced lawyers.

Is it legal to flash your headlights?

You know the old Aussie tradition: see a cop car or unmarked speed camera and flash your headlights to warn other drivers. But is it legal? And when can you use your headlights legally? We give you the basics. The legal purpose of headlights According to Section 215 of the Australian Road Rules (2006), low-beam headlights must be used for driving at night or in hazardous conditions that cause reduced visibility – playing a clear role in avoiding and preventing accidents. In fact, since the introduction of daytime running lamps (DRL) on vehicles in Australia, there has been a reduction of multiple vehicle injury accidents by up to 20 per cent and a reduction of fatal pedestrian accidents...

The high-profile trial of Cardinal George Pell and his application for leave to appeal against the convictions being accepted by the High Court, as well as the Royal Commission in recent years, have shined a light on sex abuse in Australia. Bravehearts Foundation provides advice and support to those affected by child sexual assault. They provide child protection training and education programs, specialist child sexual assault counselling and support services. We have formed an alliance with Bravehearts Foundation who work very hard to prevent child sexual assault in our society. We have also linked up with Knowmore, who provide legal advice to abuse survivors by arming them with information...