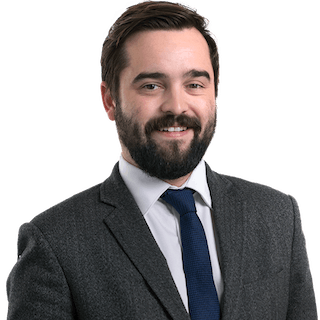 Breaches of people’s personal data have become an increasing problem over the past few years in Australia.

These breaches, which compromise people’s sensitive and personal information, have tended to happen on a large scale by companies and governments failing to safely secure personal data.

These breaches of personal privacy have the potential to impact the welfare, safety and well-being of those affected.

According to the Office of the Australian Information Commissioner (OAIC), millions of Australians have already been impacted by numerous data breaches in 2019. A recent example of this, in October 2019, was when Optus advised almost 50,000 customers that their personal information (including names, addresses and phone numbers) were mistakenly released to a third party, resulting in those personal details being published online.

Events such as this have led to an increasing interest in class action litigation being pursued in this space. The difficulty, however, remains that there is currently no privacy-based cause of action available, by which people can claim damages through the courts in Australia.

A representative – or group – complaint under the Privacy Act to the OAIC is an alternative to running a class action in a court proceeding, allowing cases affecting large groups of people to be pursued together, rather than requiring hundreds or thousands of single complaints to be lodged individually.

Given this viable alternative, Slater and Gordon Lawyers’ class actions team are currently investigating the potential of running such a representative complaint on behalf of the Optus customers who have their data compromised.

This blog piece provides an update about the class action against Colonial First State and Commonwealth Bank (CBA), the first class action launched in our ‘Get Your Super Back’ campaign. The Court recently granted us permission to file an amended statement of claim that adds two new claims to the case, relating to term deposits and adviser commissions. The first claim extends the case to cover term deposits. Members of Colonial can choose to place part of their super in term deposits. The only term deposits Colonial offers are with CBA, even though other banks offered higher interest rates. We allege that Colonial should have demanded higher interest rates from CBA or offered term...

The growth of shareholder class actions in Australia over the past two decades has seen the regime take centre stage in the enforcement of the Australian disclosure regime. For companies, the threat of shareholder litigation is a powerful incentive to disclose information in a timely fashion, particularly if it is bad news. For individual investors, these class actions provide an opportunity for losses to be recouped following a preventable disclosure failure by a listed company. Just as importantly, with a well-functioning disclosure regime, investors can avoid losses on shares in companies that have disclosed bad news in a timely manner. The process of a typical shareholder class action...

After a shocking and scandalous public inquiry, the Royal Commissioner Kenneth Hayne has handed down his final report into the Banking and Finance sector. The Royal Commission heard serious evidence of misconduct and exposed an industry driven by greed and self-interest, at the expense of customers and members. The report returned to these themes. Said Commissioner Kenneth Hayne: The report provides 76 recommendations that will likely impact many parts of the banking, superannuation and financial advice industries. The report pleasingly addresses some of the more controversial revelations from the Royal Commission, including recommending the immediate end to grandfathered commissions for...