Starting a new job? What to look for in an employment contract 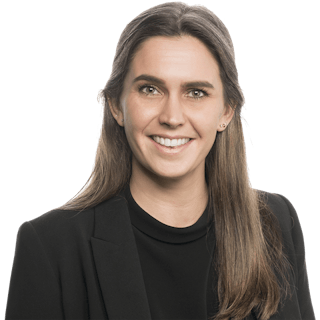 Starting a new job is an exciting time, whether it’s your first one or you’re moving on to greener pastures there’s a lot to consider – like how will you celebrate?! What will you wear on your first day? And what’s the commute going to be like?

But before you start planning whether you’ll bike or train to work, you’ll need to review and sign your employment contract. This part can often feel daunting for new workers, but don’t worry – here’s a handy guide for what to look out for in an employment contract.

Is this what you signed up for?

This one might seem obvious, but it’s important – so worth mentioning first. It’s vital to ensure that the details contained in your employment contract reflect what was discussed with your employer. For example, if in your interview you negotiated working from home every Thursday, make sure it's in the contract. If it’s not in the contract, then it’s not guaranteed.

The most basic salary structure is that your employer will pay you your salary plus compulsory superannuation contributions. Right now you’re guaranteed a minimum super contribution from your employer of 10% of your annual salary – though some employers may offer more. It’s also worth noting that the minimum contribution rate is scheduled to rise several times in the coming years.

But that’s not the only way your salary could be structured. Some other common salary structures include being offered your base salary and super plus commissions, or your base salary and super plus bonus. If there are bonuses or commissions involved, it’s very important to understand how they work and when they’ll kick in. A big bonus might look good on paper, but the conditions around it may make it very difficult to obtain, or the bonuses may be awarded at the employer’s sole discretion, meaning that even if you perform very highly, you may not receive a bonus.

Check your contract so you understand how much notice you and your employer need to give each other to terminate your employment. If your contract doesn’t specify, then the minimum requirements from the Fair Work Act 2009 (Cth) will apply as follows:

Is your job fixed term, permanent or casual?

Make sure you check and understand the nature of your employment. The main three types of employment contracts you’re likely to encounter are for permanent employment, fixed term employment, and casual employment.

Casual employment – Casual employment means that you can be called on to work as needed and will be paid by the hour. As a causal employee you won’t be guaranteed set work hours (aside from minimum shift durations if you’re covered by an award), nor will you be entitled to things like paid annual or personal leave. To compensate for the lack of entitlements, you’ll be paid the minimum base rate plus 25%. This is known as the “casual loading”.

Are you covered by a modern award?

Modern awards are legal documents made by the Fair Work Commission that set out the minimum terms and conditions of employment for a number of different industries. There are currently 122 modern awards that cover industries ranging from building and construction to hospitality to retail among many more.

Modern awards set out things such as minimum wages, penalty rates, allowances, break requirements and the maximum hours that can be worked in a certain period. If the industry you’re working in is covered by an award, it is good practice to check your contract against the relevant award standards to ensure that you’re receiving everything you’re entitled to.

Don’t be afraid to ask questions

We get it, it can often be scary to ask questions to a prospective employer after they’ve just offered you a job. It may feel like you’re making a fuss. But just remember that you’re legally entitled to negotiate and ask questions about your employment.

If there’s anything that doesn’t feel right or you don’t understand, it’s always best to discuss it at the beginning rather than trying to argue over it afterwards. It’ll save a lot of hassle in the long run.

If you need assistance with reviewing your contract or need workplace advice, get in touch to arrange a consultation for just $660 (including GST) with Slater and Gordon’s experienced Employment Law team.

We’ve all heard the stories of large-scale wage theft, where millions of dollars are stolen from workers by paying employees well under award rates or failing to pay overtime. You may be a victim of wage theft if your employer has: However, did you know many Aussie workers are also victims of “small scale” wage theft? Most people aren’t even aware of what “small scale” wage theft is or how it can add up. Small scale wage theft occurs when workers are taken advantage of in small ways on a regular basis. Each instance may only be small – such as being required to work through breaks or being required to clock on after your shift begins or log off before your work is really...

The five simple steps to making a workers’ compensation claim

Every year, thousands of Australians are injured at work - in fact, in 2013-14 alone, there were 531,800 workers who reported suffering a work-related illness or injury. During this difficult and stressful time, injured workers can receive a lot of information from employers, doctors and insurers when they report their injury. For many of us, this information can be overwhelming. It can cause additional anxiety and distress, with some feeling daunted by the thought of making a claim. In this article, we’ve pulled together a simple, step-by-step process to help you understand your entitlements, how to make a workers’ compensation claim, and where to turn if things don’t go to plan. ...

Life after lockdown: what are your rights with returning to work?

COVID-19 has changed many things in our lives. It has made us adapt to new social norms of staying 1.5 meters apart, it has introduced face masks to our daily lives, and it has caused a mass disruption to the way we work. But now that many lockdown restrictions are easing and we start to return to more “normal” ways of working, what are your rights to continue to work flexibly? If your employer wants you to return to the office, then in most cases you’ll have to go back unless their request is unreasonable or it’s unsafe. Whether it’s safe for you to return will depend on factors such as the nature of your employer’s business and how it’s carried out, whether your employer is...