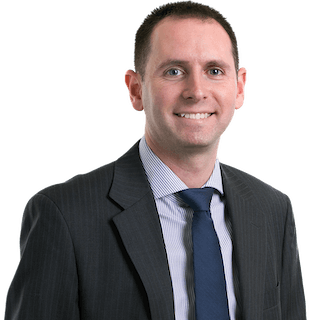 A lot has been said and written about the Productivity Commission’s ground-breaking report into the efficiency and competitiveness (or lack thereof) of the superannuation industry since it was publically released a few weeks ago.

Surprisingly however, one of the Commission’s 31 recommendations appears to have attracted no attention, despite the significant implications it would have for one prominent part of the industry: retail (or for-profit) super funds.

The Commission recommended that all fees charged by APRA-regulated superannuation funds should be levied on a cost-recovery basis. The Commission reasoned that because super funds are legally obliged to act in members’ best interests, the fees they charge should not exceed cost recovery levels.

The Commission is obviously right. It is not in members’ best interests for funds to charge members more than what it costs the funds to deliver the services, i.e. for funds to profit from running the funds. That is in the interests of the fund, or more precisely the trustee of the fund and its shareholders.

That is also the business model of the retail funds operated by the likes of the big banks, AMP and IOOF. They provide services to members (e.g. they invest members’ retirement savings), and they charge a fee for that service that exceeds their cost of delivering it. That is, they profit from running the fund.

Industry funds and other profit-for-member funds operate differently. They exist only to serve members, not to earn a profit for shareholders. The fees they charge are set at a cost-recovery level. If the fees collected turn out to exceed the costs incurred, then the ‘profit’ stays within the fund and would be used to help pay costs the following year. It would not be paid to the trustee or its shareholders.

The Commission has essentially recommended these rules be extended to cover all fees for all products. Most importantly, this includes investment fees and administration fees, from which the retail funds earn most of their profits.

The Commission has essentially recommended an end to retail super funds, and nobody seems to have noticed. Perhaps the Commission did not even realise the implication of its recommendation. It certainly did not identify it in its report: in a 700 page report, this recommendation was explained in just three paragraphs.

The Commission also recommended that this rule be implemented and enforced in such a way that avoids gaming by funds. This is critical, since the rule would be easily gamed.

Some of the AMP super funds technically operate almost as profit-for-member funds: the trustee earns no profit or a very nominal one from running the funds. However, the trustee outsources practically the entire operation of these funds to other AMP companies, which charge fees that well exceed their costs of delivering the services, and which are paid out of the funds’ assets. Thus, the AMP trustee is technically only charging fees to members on a cost-recovery basis.

The present rule against non-arm’s length terms is not working. For one thing it has simply not been enforced by the regulator APRA, which has viewed the courtroom as a gazelle views a lion’s den. In any case, testing whether terms are arm’s length terms may not be straightforward, particularly when the sector is filled with related party dealings.

The simplest way to prevent the rule being gamed in this way would be to ban these kinds of related party dealings. A truly independent trustee would have no reason to accept high fees from service providers it is not related to. The delivery of services to the current retail funds would become competitive, and the fees charged to members would very quickly fall to the levels seen in the profit-for-member sector.

With little more than the stroke of a pen, the excessive fees rampant in the industry would be eradicated.

There would then be no reason for the likes of the big banks, AMP and IOOF to continue to operate super funds, as they could no longer profit from them. They could, if they wished, compete to provide services to the truly independent trustees of the funds, but their profits would be well below the levels they have been accustomed to operating their own funds.

The Productivity Commission is to be commended for putting members first in making this recommendation, amongst many others. However, it is unfortunate it did not spell out its implications, as no-one seems to have realised them.

Nathan Rapoport is a Senior Associate in Slater and Gordon’s Class Actions practice and is leading the firm’s Get Your Super Back campaign.