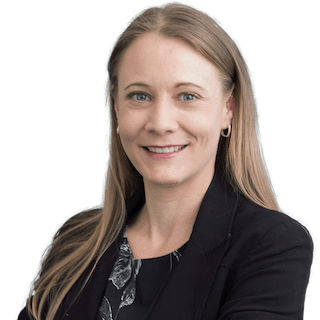 An inquiry into the conduct of CommInsure and 12 months of public scrutiny has resulted in the life insurer back peddling on its trauma policy definitions for ‘Heart Attack’ and ‘Severe Rheumatoid Arthritis’.

CommInsure has been under fire since news broke 12 months ago that the life insurer was using out-of-date trauma definitions to deny legitimate claims.

Denied claims could be eligible for reassessment

The life insurance arm of the Commonwealth has announced that it will align its trauma definitions for ‘Heart Attack’ and ‘Severe Rheumatoid Arthritis’ with prevailing medical practice. This will also bring them in line with industry change in the form of Standardised Medical Definitions, which the Financial Services Counsel anticipates will be applicable to all trauma policies commencing 1 July 2017.

For those that have had their claims denied under the former trauma definitions, there is a glimmer of hope as CommInsure declared it would backdate its definition of ‘Heart Attack’ to claims from October 2012.

“This is a very small step in the right direction. It opens the door for consumers who have had their trauma claims rejected based on out-dated Heart Attack definitions to have their claims reassessed and paid.”

Consumers with rejected trauma claims for “Severe Rheumatoid Arthritis’ can also have their claims reassessed, but to a not so generous time period of 2014.

While many will remain sceptical about the likely outcome of many rejected claims, the fact that the insurer has already paid out in excess of $1.37 million on reviewed claims leaves some room for optimism.

“We would urge anyone who has previously had a Trauma claim rejected by CommInsure or any other life insurer for either of these two definitions to urgently seek legal advice.”

Accessing your super early may cause you to lose insurance benefits

With so many people doing it tough following the bushfires, there has been some debate around whether people who’ve lost their homes should be able to access their superannuation early. It is hard to see the point of holding onto thousands in savings in your superannuation fund, if you can’t feed your children, provide accommodation or send them back to school with the books, stationery, uniforms and other resources they will need. It’s worth understanding the consequences of draining your super account to invest in something as significant as rebuilding your life now. Doing this could cause you to lose all insurance benefits available to you via your super membership. This is the...

On 28 November 2019, the Government introduced legislation in line with the recommendations of the Royal Commission into Misconduct in the Banking, Superannuation and Financial Services Industry. The legislation is designed to provide further protections for consumers and small businesses and is set to be passed in early 2020. Below is an overview of the proposed legislation. Click here for a recap of the Banking Royal Commission from our Head of Class Actions, Ben Hardwick. Under the proposed legislation, mortgage brokers will be required to act in the best interests of consumers when providing credit assistance. That means where there is a conflict of interest between the consumer’s...