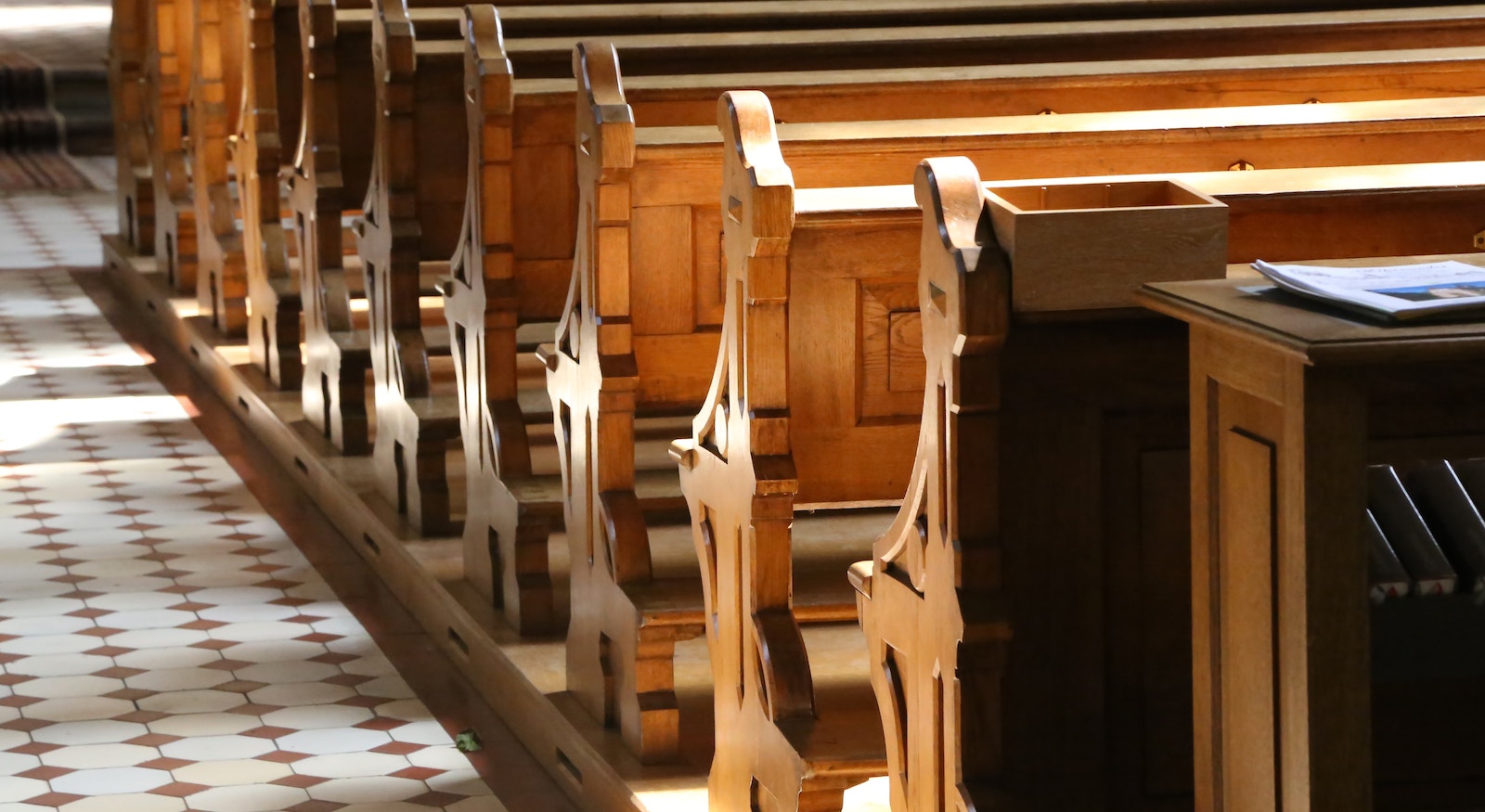 In 1987, a horror story of institutionalised child abuse was revealed to the Australian public.

Former residents of Christian Brothers boys’ homes had bravely broken their silence, recounting to the media all manner of hellish abuse in the West Australian Catholic institutions.

By 1993 Bruce Blythe, a former school principal, publisher and advocate for survivors of abuse at the hands of Christian Brothers, had heard enough. He contacted Slater and Gordon.

Bruce knew of Slater and Gordon’s success in the Wittenoom asbestos cases. Would they dare take on the mighty Catholic Church? Hell, yes.

Slater and Gordon immediately sent a team to Perth to take statements from potential plaintiffs for a group action.

Instructions were taken from about 240 men who were residents at four Christian Brothers schools between the 1950's and early 1970's.

‘The abuse was of the most horrific kind imaginable,’ recalls Hayden Stephens, who was part of that team. ‘There was not just the physical horror of sexual abuse inflicted on young children but the environment of sheer terror that enveloped these boys if they dare not comply.

‘These were not one-off isolated incidents. The abuse inflicted was well orchestrated by the Brothers across all four institutions. The similarity of accounts and consistency in predator behaviour was breathtaking in these initial statements.’

The cases was made all the harder by the need to ‘escape’ the strict limitation laws of Western Australia, where time limits meant it was near impossible for these claims to proceed in that state.

On top of that was the challenge of finding a proper defendant to sue, given that nearly all of the actual perpetrators were deceased, and relevant leaders of the Church had long since left office.

Slater and Gordon lodged test cases in Victoria and New South Wales, where extensions beyond the six-year period are permitted.

From day one, the Christian Brothers and the Catholic Church imposed various technical difficulties to ensure these claims were shut from court. Their first attempt was to try transfer the Victorian plaintiffs back to WA.

Justice Kenneth Hayne in the Supreme Court of Victoria heard Slater and Gordon’s argument of the importance of allowing these men to have their day in court. Most pressing was the plaintiffs’ case that if these claims were transferred to WA, they would be ‘dead in the water’.

Justice Hayne rejected the plaintiffs’ argument and ruled that the proper ‘forum conveniens’ remained WA. While appeals to the High Court followed, these first cases failed on the back of this fateful decision.

In December 1994, with a final hope that the NSW Supreme Court might take a broader view, Slater and Gordon introduced an extraordinary document to preliminary hearings.

Titled Reaping the Whirlwind, this massive report was secretly prepared by a Catholic historian for congregation executives.

Written during 1993-4, it named as paedophiles several Brothers identified by Slater and Gordon clients. It also revealed that at least one of the schools was a dumping ground for ‘Brothers who were old or odd or mentally unstable’.

Most significantly, the secret report alleged that the decision to place these Brothers in WA, and subsequently turn a blind eye to complaints, came from Christian Brothers headquarters in NSW.

Armed with this information, Slater and Gordon borrowed a precedent from the Wittenoom cases to argue that the tort or negligent act was of a corporate nature and that – since Christian Brothers was headquartered in NSW – these cases should stay in the Supreme Court of NSW.

A minor victory for the plaintiffs and Slater and Gordon ensued, with Justice David Levine allowing the cases to stay in NSW.

But with one hurdle cleared, another was placed in the path of the plaintiffs.

Lawyers for the Church sought orders to strike out the plaintiffs’ claims on the basis that neither the Church nor Christian Brothers ‘existed’ to face claims of this nature. Their corporate identity, they argued, was created only for the purposes of holding land. In essence, they claimed that neither body had the correct corporate status to face claims in tort liability, irrespective of the merit of those claims.

Try as they might, Slater and Gordon could not alter the Church’s exemption as a corporate entity. The NSW Supreme Court ruled that there was nothing in the Act ‘creating the corporation sole which purports to make it liable for actions in tort arising from the conduct of persons, being Catholic clergy, unrelated to property.’

Subsequent appeals to the Court of Appeal and High Court failed on this discreet point of law.

In 1995, with no proper defendant to sue, Slater and Gordon’s team sought an out-of-court settlement from the Catholic Church and Christian Brothers.

The result fell well short of what these men deserved.

The Christian Brothers’ offer was for each alleged victim to receive $1000, with $25,0000 to go to those who could prove serious sexual abuse followed by lifelong trauma. With Slater and Gordon’s negotiating to notch the minimum figure up to $2000, the total payout was $3.5 million.

‘It was a pittance really, when you think what these men endured,’ Hayden Stephens said. ‘But it was the best we could do – we’d been to the High Court twice, we’d been to the Court of Appeal in NSW, and each time we’d get knocked on the head with any number of technical manoeuvres.’

Yet the alternative seemed worse. And so, with a sigh that might have been heard in heaven, the actions were discontinued. The harrowing, three-year legal battle was over.

Almost 20 years on, Slater and Gordon was called upon to rake over the case at the 2014 Royal Commission into Institutional Responses to Child Sex Abuse.

Hayden Stephens was invited to give evidence on the resistance shown by Church authorities and their lawyers when facing sex abuse claims. The WA cases were regarded by the royal commission as crucial in bringing to light systemic problems within the Church, in particular its failure to properly respond to victims’ cries for help.

Hayden told the Royal Commission that at no time did he suggest to plaintiffs that the settlement was fair. ‘To be blunt, the Trustees of the Christian Brothers had their knee on our clients’ throats,’ he said.

He also made it clear that the ‘rehabilitation’ fund established for these men had its own challenges.

‘Because these men were denied their day in court, there was a sense the church authorities had never properly acknowledged the abuse and the harm these men had suffered,’ he said. ‘What they wanted was closure. This settlement, well intentioned as it was, didn't reflect that.’

As one plaintiff wrote to Slater and Gordon at the time of the settlement, grateful for a little money but heartbroken all the same: ‘I would like to have seen a few Brothers in court, but not to be.’

Looking back more than a quarter of a century I consider that the Christian Brothers litigation one of the most difficult legal contests in which I have ever been involved. These men’s claims were at once extremely meritorious and hugely emotionally charged. The abuse they endured was unspeakable. But the legal obstacles to success, from limitation periods to the very identity of the proper defendant, were just as confronting.

That Slater and Gordon was prepared to take on the Catholic Church in such an unequal contest was in the finest traditions of a firm which has always been prepared to act for the Davids against the Goliaths of the world.

The significance of this litigation was much greater than the relatively modest settlement it achieved. The case signalled the start of a vigorous challenge to the complacency and ignorance that had hitherto enveloped institutional sexual abuse in this country, which led to the recent royal commission and the establishment of a National Redress Scheme for the victims.

What's in a name: the story behind Slater and Gordon

While Slater and Gordon has had many partners and illustrious alumni who have walked it’s corridors throughout its 85 years, Bill Slater’s and Hugh Gordon’s passion for ensuring access to justice for those who would not otherwise have a voice has continued to shape the firm. That passion lives on in Slater and Gordon’s name, it’s values, and most importantly, its people. William (Bill) Slater knew he wanted to practise law when he was ten years old. It was around the turn of the 20th century and Bill was standing in a Melbourne court after the police had caught him and some of his mates skinny-dipping in the Yarra River on a hot summer’s day. After being marched from the...

L-R in the above image: Greg Combet (former ACTU Secretary), Bernie Banton, Ken Fowlie For many decades, the deadly legacy of asbestos dust has been claiming innocent victims in Australia. From the early days of asbestos mining at Wittenoom to the more recent saga of building-product manufacturer James Hardie, the legal ramifications continue, as does the suffering. Since the 1980s, Slater and Gordon has played a lead role in the battle for compensation on behalf of many of the nation’s asbestos victims. Having won landmark cases on behalf of Wittenoom workers, Slater and Gordon again took up the asbestos compensation fight in the early 2000s. In 2001, finally acknowledging its role in...