Can I claim and keep my TPD benefit if I am a bankrupt? 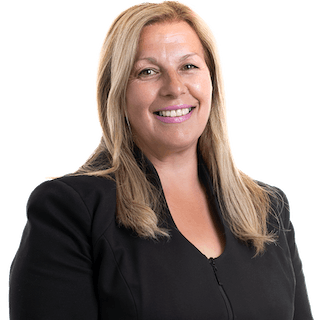 You might want to, but the more important question is, can you? Annemarie Gambera discusses legal scenarios and aims to answer those questions in the post. If you would like to see whether you are entitled to a superannuation disability benefit, take our free superannuation benefits assessment.

It is not uncommon for clients with a TPD claim for Total and Permanent Disability (TPD) benefit to suffer from financial distress.

The reasons may vary. However, there are some common factors which can lead to financial crisis, such as:

This means that many claimants may have been without any income for at least 12 months before a decision about payment of the TPD benefit is made.

It is therefore unsurprising that circumstances may arise, which lead to a person’s bankruptcy while they are waiting for their TPD claim to be approved. Fortunately, in my experience, I have seen this occur in only a few cases.

However, where a claimant does become bankrupt, the questions below follow:

Can they retain the TPD lump sum benefit or does it go to their creditors?

Section 116(2)(g) provides that property divisible amongst the creditors of the bankrupt does not extend to:

The key question is whether a TPD benefit can be properly categorized as “damages or compensation… in respect to a personal injury”?

Until recently, there was some doubt, the argument being that a TPD benefit is paid pursuant to contractual rights under the policy of insurance, and so does not fall within s116(2)(g).

However, the implications of several recent cases seem to have altered the landscape:

The Western Australian Supreme Court in the case of Berryman-v-Zurich Australia Limited [2016] WASC 196 provided some comfort to claimants in this situation. The case concerned a man, Mr. Berryman, who suffered a crushed foot injury which caused him to lodge a TPD claim. He issued proceedings in Court against the insurer, and then became bankrupt before the case went to trial. The insurer argued that Mr. Berryman’s case could not continue in Court because of the bankruptcy.

The Court accepted that the TPD claim was properly formulated as a breach of contract, but it also decided that the substance of the claim had to be examined. The judge concluded that had it not been for this personal injury, Mr. Berryman, could not have claimed the TPD benefit, and that it followed that the TPD claim was in respect of a personal injury, and protected by the carve out in s116(2)(g). Mr. Berryman was permitted to pursue his TPD claim in his own right.

The implication of this reasoning is that the proceeds of a TPD lump sum benefit will not be available to creditors and can be retained by the bankrupt.

This position is reinforced by another case recently decided by the Federal Court of Australia:

In Morris, the deceased’s widow, who became bankrupt a short time after her husband’s death, relied upon the exception in section 116 (2)(d) of the Bankruptcy Act to seek to shield her husband’s account balances (death benefits), held by two different superannuation fund trustees, from her creditors.

Section 116 (2)(d)(iv) excludes the following property from division amongst creditors:

A payment to the bankrupt from [a superannuation] fund received on or after the date of the bankruptcy, if the payment is not a pension within the meaning of the Superannuation Industry (Supervision) Act 1993.

Applying that provision, the Court held that Ms. Morris was entitled to keep the lump sum death benefits.

It is likely that other kinds of lump sum payments from superannuation funds, including TPD benefits paid to super fund members, will be treated in the same way.

It appears from the case studies discussed above that the Courts are prepared to give a broad approach to protecting payments, including TPD lump sum benefits, from clawback by creditors in bankruptcy.

To find out whether you’re eligible to claim your super, take our free superannuation benefits assessment.

The online assessment should take you 10-15 minutes to complete.

Start your assessment
Thank you for your feedback.

Consumer and the Law

On 28 November 2019, the Government introduced legislation in line with the recommendations of the Royal Commission into Misconduct in the Banking, Superannuation and Financial Services Industry. The legislation is designed to provide further protections for consumers and small businesses and is set to be passed in early 2020. Below is an overview of the proposed legislation. Click here for a recap of the Banking Royal Commission from our Head of Class Actions, Ben Hardwick. Under the proposed legislation, mortgage brokers will be required to act in the best interests of consumers when providing credit assistance. That means where there is a conflict of interest between the consumer’s...